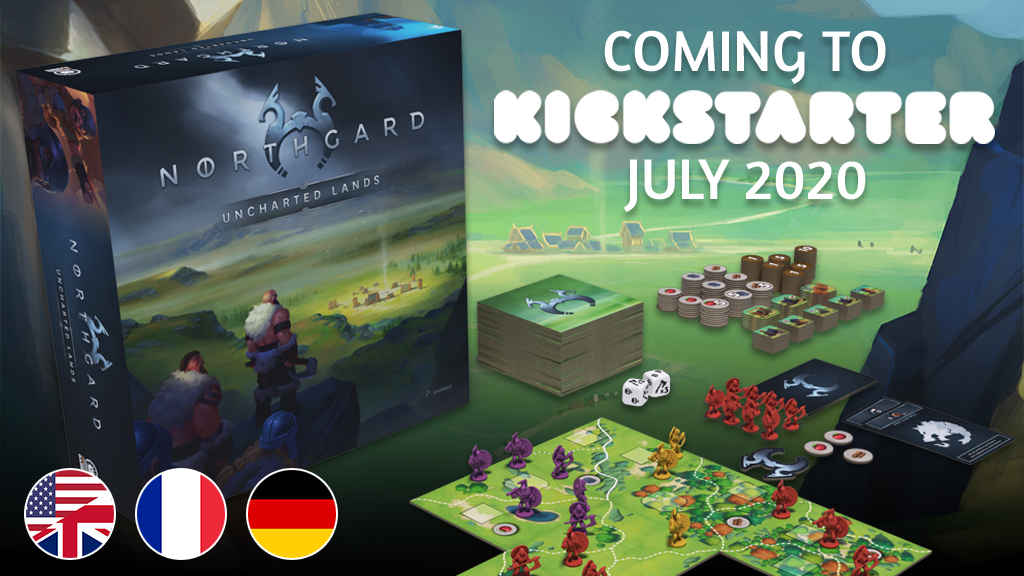 In Northgard: Uncharted Lands, players lead a viking clan discovering a new continent. There are many paths to claim your fair share of these uncharted lands: explore, build and develop bountiful territories, hunt terrifying monsters and fight the other clans!

In this fast-paced game, 2 to 5 players must manage and build their deck of cards to strengthen their influence on the board. To do so, they will have to :

The streamlined game system and the modular board promise fast-paced games with lots of twists and turns and great replay value.

Interaction and competition between players is very high, as a “sudden death” victory condition — through conquest or intensive development — can cut through your rivals’ plan to harvest the most Fame in the standard game duration (7 turns).

Northgard: Uncharted Lands is the harmonious union of Adrian Dinu’s streamlined game design and the colorful setting of the Northgard video game (more than 2 million downloads on Steam), by Shiro Games.

The well-known world of viking sagas gets a fresh new look and modern design, both in its visual aesthetic and its gameplay. The goal is to take the best of both worlds — video games and boardgames — in order to please both communities of gamers.